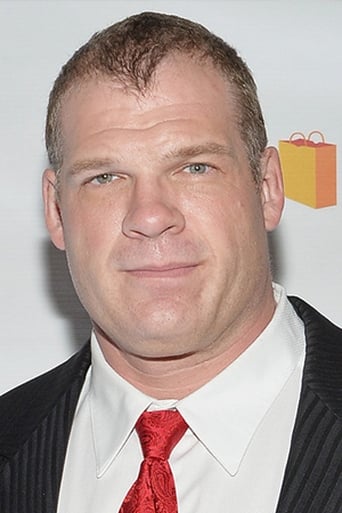 Glenn Thomas Jacobs (born in Torrejon de Ardoz, Madrid, April 26, 1967) is a Spanish born-American professional wrestler and actor better known by his ring name, Kane. He is working for WWE, signed to its SmackDown brand. Jacobs began his wrestling career in 1992 working on independent circuits. He wrestled in Smoky Mountain Wrestling as Unabomb where he won the SMW Tag Team Championship as a member of The Dynamic Duo, and in the United States Wrestling Association where he won the USWA Heavyweight Championship as Doomsday. He later joined his current promotion, the World Wrestling Federation (which later became World Wrestling Entertainment in 2002) in 1995, where he wrestled under various gimmicks before debuting as his current character, Kane, in 1997. Kane is the storyline half-brother of The Undertaker, with whom Kane has teamed up as the Brothers of Destruction. Jacobs has accumulated 17 championship accolades during his WWE career. He is a three-time world champion, having won the WWF Championship once, the ECW Championship once, and the World Heavyweight Championship once (tied for third longest reign in history); making him the first person ever to hold all three WWE world titles. He is also a two-time WWF/E Intercontinental Champion, a one-time WWF Hardcore Champion, and an eleven-time Tag Team Champion; winning the WWE Tag Team Championship (once with The Big Show), the WCW World Tag Team Championship once (with The Undertaker), and the World Tag Team Champion nine times (twice with Mankind, X-Pac, and The Undertaker; and once with The Hurricane, Rob Van Dam, and The Big Show). Jacobs is the third Grand Slam Champion in WWE history. In addition to championships, he is a one-time Money in the Bank winner, also he has become the quickest man to cash in the briefcase. Kane currently holds several records in the Royal Rumble match. Most eliminations in a single Royal Rumble with 11, most Royal Rumble match appearances with 15, most consecutive appearances in the match with 13 from 1999 to 2011, and the quickest elimination of another competitor at 1.8 seconds. The Kane character was featured in the fourteen-issue Undertaker comic book produced by Chaos! Comics in 1999. The character only spoke once, in the Undertaker Halloween Special, which tied into the single issue Mankind comic book produced by the same company. A book written by Michael Chiappetta detailing the origins of Kane titled Journey into Darkness: An Unauthorized History of Kane was released in 2005. WWE released a three-disc anthology titled, The Twisted, Disturbed Life of Kane on December 9, 2008. The DVD consists of Kane's greatest feuds and rivalries during his first ten years. Jacobs hosted a podcast titled The Tiny Political Show under the pseudonym Citizen X from March 16, 2007 to March 13, 2008. Jacobs also ran a blog called The Adventures of Citizen X at AdventuresOfCitizenX.com from 2007 until July 17, 2011, though its last update was made on May 28 earlier that same year. However, the website has since been relaunched with its first update appearing on July 1, 2012.Jacobs is a contributor to LewRockwell.com. Kane has appeared in every licensed WWE/F video game since 1998's WWF War Zone. Most recently, he appears in WWE 2K19.