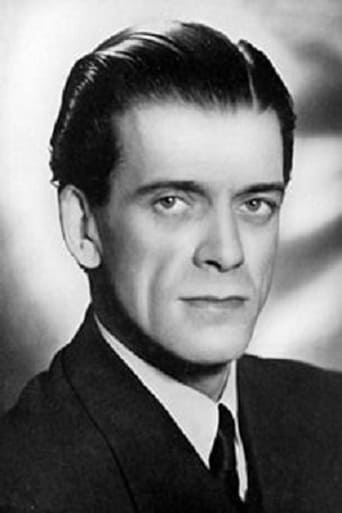 This Britisher was born of humble, working class beginnings and became well-known for playing the same kind of blokes on both film and TV. Born William Rowbotham, he was the son of a tram driver and laundress. He knew early on that entertaining was the life for him. He worked in odd jobs as a printer's apprentice and band vocalist to make do and, when he became of legal age, started playing drums in London nightclubs and toured music halls with his own cabaret act to pay for acting classes. He entertained at Butlin's holiday camps and performed in repertory, joining the Unity Theatre where he attained respect as a stage producer. His career was interrupted by military service with the Royal Army Ordinance Corps and was injured in an explosion during battle training course. Returning to acting, he was taken to post-war films after notice in a play. He started making a blue-collar character name for himself in such films as Johnny in the Clouds (1945), Secret Flight (1946), When the Bough Breaks (1947), Maniacs on Wheels (1949), The Story of Robin Hood and His Merrie Men (1952), The Square Ring (1953) and PT Raiders (1955). He continued to perform in the theatre limelight and peaked in roles with Katharine Hepburn in "As You Like It" in 1950, and with "The Threepenny Opera" and "The Mikado", which made sturdy use of his musical talents. A writer at heart, he penned songs, musicals and plays over the years. Partnered with Mike Sammes, he wrote songs recorded by Pat Boone, Harry Secombe, Engelbert Humperdinck and Sir Cliff Richard, who made a hit of his 1980 song "Marianne". In the 60s he produced the stage musical, "The Matchgirl", and focused heavily on film slapstick with the 'Carry On' series, adding also to the lowbrow fun found in the comedy Operation Snafu (1961). TV stardom and a sense of renewed career came late after copping the role of Compo in the BBC's "Roy Clarke's Last of the Summer Wine" (1973)series in 1973, his scruffy, mischievous charm endearing audiences for decades. He was awarded the MBE in 1976 for his steadfast work for the National Association of Boys Clubs and for his role as chairman of the Performing Arts Advising Panel. He was also awarded an honorary degree by Bradford University in 1998. For the rest of his life, Bill would be identified with the lovable scamp Compo, complete with wooly hat and threadbare jacket. Most fittingly, when he died of pancreatic cancer in 1999, he asked to be buried in the Yorkshire village of Holmfirth, where the TV series was filmed and the townspeople had taken him close to their hearts. Married twice, his actor/son Tom Owen joined the "Last of the Summer Wine" series in 2000.