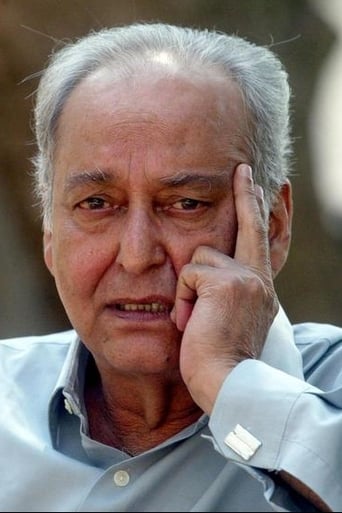 From Wikipedia, the free encyclopedia. Soumitra Chatterjee or Soumitra Chattopadhyay (Shoumitro Chôttopaddhae; born 19 January 1935) is an Indian Bengali film and stage actor and poet. He is best known for his collaborations with Oscar-winning film director Satyajit Ray, with whom he worked in fourteen films, and his constant comparison with the Bengali cinema screen idol Uttam Kumar, his contemporary leading man of the 1960s and 1970s. Soumitra Chatterjee is also the first Indian film personality to be conferred with the Commandeur de l’ Ordre des Arts et des Lettres, France's highest award for artists. He is also the winner of the Dadasaheb Phalke Award which is India's highest award for cinema. Not only that, in 2017 exactly thirty years after auteur Satyajit Ray was honoured with France's highest civilian award, the coveted Legion of Honor, thespian Soumitra Chatterjee, arguably, the most prominent face of Ray's films, is set to receive the prestigious award. Starting with his debut film, Apur Sansar (The World of Apu, 1959), the third part of Apu Trilogy, he went on to work in several notable films with Ray, including Abhijan (The Expedition, 1962), Charulata (The Lonely Wife, 1964), Aranyer Din Ratri (Days and Nights in the Forest, 1969); Ashani Sanket (Distant Thunder, 1973); Sonar Kella (The Fortress, 1974) as Feluda and Joi Baba Felunath (The Elephant God, 1978) as Feluda, Ghare Baire (The Home and The World, 1984) and Ganashatru (Enemy of the People, 1989). Meanwhile, he also worked with other noted directors of Bengali cinema, with Mrinal Sen in Akash Kusum (Up in the Clouds, 1965), Tapan Sinha in Kshudhita Pashan (Hungry Stones, 1960), Jhinder Bandi (1961), Asit Sen in Swaralipi (1961), Ajoy Kar in Saat Pake Bandha (1963), Parineeta (1969), and Tarun Mazumdar in Sansar Simante (1975) and Ganadevata (1978). He acted more than 210 films in his career till 2016. He was awarded the Padma Bhushan by the Government of India in 2004. In 2012, he received the Dadasaheb Phalke Award, India's highest award in cinema given by the government of India for lifetime achievement. He has won two National Film Awards as an actor, and as an actor in Bengali theatre, he received the Sangeet Natak Akademi Award in 1998, given by the Sangeet Natak Akademi, India's National Academy of Music, Dance and Drama. In 2013, IBN LIVE named him as one of "The men who changed the face of the Indian Cinema". In 2014, he received the introductory Filmfare Awards East for Best Male Actor (Critics) for his role in Rupkatha Noy. Description above from the Wikipedia article Soumitra Chatterjee, licensed under CC-BY-SA, full list of contributors on Wikipedia.