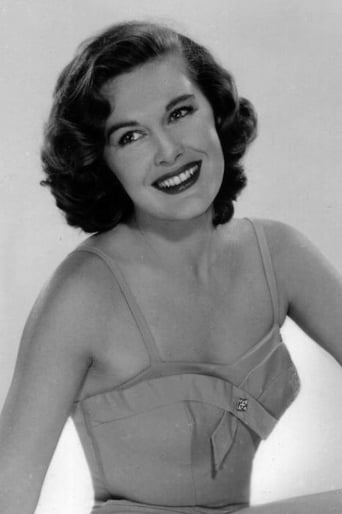 ​From Wikipedia, the free encyclopedia.   Diane Brewster (11 March 1931 in Kansas City, Missouri – 12 November 1991 in Studio City, California) was an American television actress most noted for playing three distinctively different roles in US TV series of the 1950s and 60s: confidence trickster "Samantha Crawford" in Maverick; pretty young second-grade teacher "Miss Canfield" in Leave It to Beaver; and doomed wife "Helen Kimble" in The Fugitive. On Maverick, a sophisticated ABC western series featuring James Garner and Jack Kelly, Brewster's character was a gorgeous gambling con artist who often faked a southern accent. Though she was usually on the wrong side of the law, she was also ultimately likable; perhaps this was because "Samantha Crawford" was named after Maverick writer/producer Roy Huggins' mother. Brewster had actually first played Crawford in one 1956 episode of Cheyenne, another western television series (episode entitled "Dark Rider"), before showing up opposite James Garner in the third episode of Maverick, "According to Hoyle." Brewster's other Maverick appearances include the episodes "The Savage Hills" with Jack Kelly, "The Seventh Hand" with Garner, and the famous "Shady Deal at Sunny Acres" with both Kelly and Garner. Including the Cheyenne episode, Brewster played Samantha Crawford only five times (with her last appearance coming in 1958), but she made an indelible impression on critics and viewers. Jodie Foster's character in the Mel Gibson movie version was based on Brewster's Samantha Crawford. Credited as Diana Brewster in the credits for the pilot episode of Leave It to Beaver. Brewster portrayed the grade school teacher "Miss Canfield" on Leave It to Beaver for the series' first season in 1957/58 (a role she also played in the 1980s TV revivals). Brewster appeared in the show's pilot, "It's a Small World," as Miss Simms, a secretary with a dairy company, and in four regular season episodes as Miss Canfield. In Episode 1 she appears in the credits as "Diana Brewster", a mistake which was corrected in her next appearance in Episode 8. Brewster went on to make almost fifty appearances in various other television and film roles, including episodes of Brian Keith' s Cold War drama, Crusader, and Wendell Corey's military series, Harbor Command. In 1960, she had a starring role in ABC's The Islanders, with William Reynolds and James Philbrook. She guest starred in the series premiere in 1964 of Dennis Weaver's NBC series Kentucky Jones. As a favor to Roy Huggins, Brewster appeared several times with no screen credit as murdered wife Helen Kimble (in flashbacks) in Huggins' TV series The Fugitive, which ran from 1963-1967. Brewster died of heart failure at the age of sixty in 1991. She was a direct descendant of Elder William Brewster (pilgrim), (c. 1567 - April 10, 1644), the Pilgrim leader and spiritual elder of the Plymouth Colony and a passenger on the Mayflower; Martha Wadsworth Brewster (1710 - c. 1757) a notable 18th-century American poet and writer, and Governor William Bradford (1590–1657) of the Plymouth Colony and a passenger on the Mayflower. She and Dr. Jabe Walker (oral surgeon) had a son, Dean C., born in Los Angeles March 29, 1960 and a daughter, Lynn D., born in Los Angeles July 25, 1961. Description above from the Wikipedia article Diane Brewster, licensed under CC-BY-SA, full list of contributors on Wikipedia.