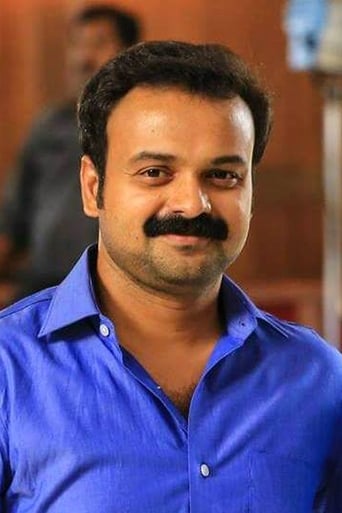 Kunchacko Boban is an Indian film actor and producer who appears in Malayalam films. He is the grandson of producer Kunchacko, who established the film production studio Udaya Pictures. Kunchacko Boban made his acting debut in Fazil's Aniyathipraavu (1997) which turned out to be a blockbuster and made him into an overnight sensation. He became a popular lead star in the late-1990s with successful films such as Mayilpeelikkavu (1998), Nakshatratharattu (1998), and Niram (1999). He continued his success with Dhosth (2001), Swapnakoodu (2003), and Kasthooriman (2003). After a couple of commercial failures, his career took a set back in the mid-2000s. He made a comeback with Gulumaal (2009) which was well received. Later, he went on to act in successful films such as Elsamma Enna Aankutty (2010), Traffic (2011), Seniors (2011), Ordinary (2012), Romans (2013), Pullipulikalum Aattinkuttiyum (2013), How Old Are You? (2014), and Vettah (2016). Kunchacko Boban was awarded the Special Jury Award for his performance in Ee Snehatheerathu at the 2004 Kerala State Film Awards. Kunchacko Boban, son of actor, director Boban Kunchacko and grand son of legendary Kunchacko, was introduced into Malayalam film industry by versatile director Fazil. His debut movie Aniathipravu (1997), co-starring Shalini, and directed by Fazil [9] was a block buster. Kunchacko Boban's performance as Sudhi, the lead character got him good reception across young audience and the family crowd. Kunchacko Boban- Shalini pair was considered as a lucky pair in late nineties. Following the success of Aniathipravu, Kunchacko Boban was cast in movies like Nakshathrathaarattu, Mayilpeelikkavu and Niram (1999). "Niram" was one of the biggest grossers of 1999. Songs of "Niram" are still very popular. His performance in hit movies "Kasthuriman" and "Swapnakoodu" was also appreciated by critics. He played a cameo in Fazil's Harikrishnans, which marked the reunion of Mohanlal and Mammootty after 9 years. Then came a streak of Chandamama, an average film at the box office, and he went on to do Ingane Oru Nilapakshi, Prem Poojari, Sahayathrikakku Snehapoorvam etc. After Niram, Dosth and Narendran Makan Jayakanthan Vaka, his next films included Kasthooriman, and Swapnakkoodu. The movie Ee Snehatheerathu earned him a Special Jury Award at the 2004 Kerala State Film Awards. Kunchacko was born in Alappuzha, Kerala. He is the grandson of film producer Kunchacko of the erstwhile Udaya Studios, the first film studio in Kerala. His father Boban Kunchacko was also an actor and producer who acted in a few films produced by Udaya and his mother Molly is a housewife. He has two younger sisters, Anu and Mini. Boban Kunchacko later ventured into direction with the films Palattu Kunhikkannan, Sanchari and Aazhi. Kunchacko Boban is also the grandnephew of Navodaya Appachan of the Navodaya Studios. Kunchako Boban married Priya Ann Samuel on 2 April 2005 at Little Flower Syro-Malabar Catholic Church, Ernakulam