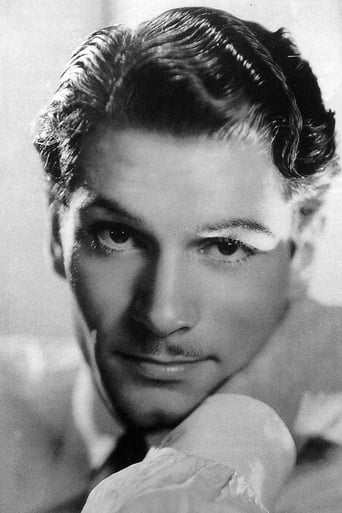 From Wikipedia, the free encyclopedia. Laurence Kerr Olivier, Baron Olivier, OM (22 May 1907 – 11 July 1989) was an English actor, director, and producer. He was one of the most famous and revered actors of the 20th century. He married three times, to fellow actors Jill Esmond, Vivien Leigh, and Joan Plowright. Olivier played a wide variety of roles on stage and screen from Greek tragedy, Shakespeare and Restoration comedy to modern American and British drama. He was the first artistic director of the National Theatre of Great Britain and its main stage is named in his honour. He is regarded by some to be the greatest actor of the 20th century, in the same category as David Garrick, Richard Burbage, Edmund Kean and Henry Irving in their own centuries. Olivier's AMPAS acknowledgments are considerable: fourteen Oscar nominations, with two awards (for Best Actor and Best Picture for the 1948 film Hamlet), and two honorary awards including a statuette and certificate. He was also awarded five Emmy awards from the nine nominations he received. Additionally, he was a three-time Golden Globe and BAFTA winner. Olivier's career as a stage and film actor spanned more than six decades and included a wide variety of roles, from the title role in Shakespeare's Othello and Sir Toby Belch in Twelfth Night to the sadistic Nazi dentist Christian Szell in Marathon Man and the kindly but determined Nazi-hunter in The Boys from Brazil. A High church clergyman's son who found fame on the West End stage, Olivier became determined early on to master Shakespeare, and eventually came to be regarded as one of the foremost Shakespeare interpreters of the 20th century. He continued to act until the year before his death in 1989. Olivier played more than 120 stage roles: Richard III, Macbeth, Romeo, Hamlet, Othello, Uncle Vanya, and Archie Rice in The Entertainer. He appeared in nearly sixty films, including William Wyler's Wuthering Heights, Alfred Hitchcock's Rebecca, Stanley Kubrick's Spartacus, Otto Preminger's Bunny Lake Is Missing, Richard Attenborough's Oh! What a Lovely War, and A Bridge Too Far, Joseph L. Mankiewicz's Sleuth, John Schlesinger's Marathon Man, Daniel Petrie's The Betsy, Desmond Davis' Clash of the Titans, and his own Henry V, Hamlet, and Richard III. He also preserved his Othello on film, with its stage cast virtually intact. For television, he starred in The Moon and Sixpence, John Gabriel Borkman, Long Day's Journey into Night, Brideshead Revisited, The Merchant of Venice, Cat on a Hot Tin Roof, and King Lear, among others. In 1999, the American Film Institute named Olivier among the Greatest Male Stars of All Time, at number 14 on the list. Description above from the Wikipedia article Laurence Olivier, licensed under CC-BY-SA, full list of contributors on Wikipedia.