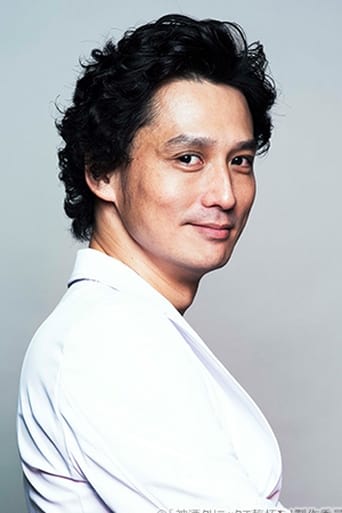 ​From Wikipedia, the free encyclopedia. Masanobu Andō  (born May 19, 1975 in Kawasaki, Kanagawa Prefecture, Japan) is a Japanese actor and director. For his second film, in 1996, he won the Film Academy of Japan's Best New Actor Award, starring in Takeshi Kitano's Kids Return. Andō has extensive experience in both Japanese television drama and film and has played a large variety of different roles: mentally challenged (Innocent World), bank robber (Space Travelers, Drive), doctor (Transparent), ninja and samurai (Red Shadow), even a corpse (Monday). Out of all of Andō's characters, he is best known for his role as Kazuo Kiriyama, the heartless, psychopathic killer in the controversial film, Battle Royale (2000). He also played an art forger in the low-budget Battle Royale parody Tokyo 10+01 (2003). As well as acting, Andō has been in Japanese ad campaigns for the popular Japanese snack food, Pocky, Toyota, and for DoCoMo mobile phones. In 2003, he directed his first film, Adagietto. Sehr langsam, starring Japanese actress, Kumiko Aso. The short is included in Hiroyuki Nakano's Peacedelic compilation called Short Films. In it, he also stars in the short, 県道スター (loosely translated to "Prefectural road star"). In his spare time, he enjoys photography and shopping Description above from the Wikipedia article Masanobu Andō, licensed under CC-BY-SA, full list of contributors on Wikipedia