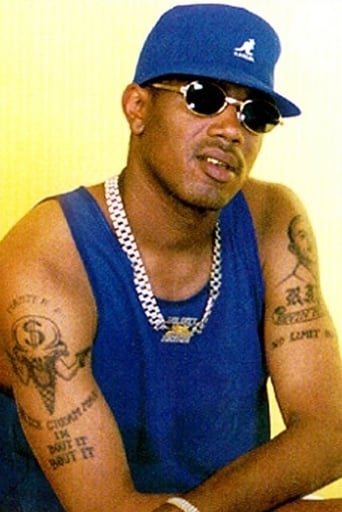 ​From Wikipedia, the free encyclopedia.   Percy Robert Miller (born April 29, 1967), better known by his stage name Master P or his business name P. Miller, is an American rapper entertainer and entrepreneur. He is the founder of the popular label No Limit Records, which was relaunched as New No Limit Records through Koch Records after the label went bankrupt. He also founded two other labels: Guttar Music Entertainment & Take A Stand Records. He has also recently founded No Limit Forever Records. He is also the founder and CEO of P. Miller Enterprises, an entertainment and financial conglomerate and Better Black Television. Miller gained fame in the late 90's with the success of his group TRU & his fifth album Ice Cream Man, which contained his first single "Mr. Ice Cream Man". In 1997, after the success of one his biggest singles to date, "Make 'Em Say Uhh!," went platinum, Miller grew farther in popularity. Then Miller released his second platinum album Ghetto D. Miller also starred in his own street film, mostly based on his life, I'm Bout It, which was very successful. Then In 1998, P. Miller released his most highly successful album to date MP Da Last Don. The album was also based on a film that Miller produced, which came out earlier that year with the same name. The album hit #1 on the Billboard Top 200 charts, selling over 400,000 copies in it's first week. The album was certified 4x Platinum, with over four million copies sold, making it Miller's best album of his career. In 1999, Miller released his eighth album, Only God Can Judge Me. It was not as successful as his last album, though it still managed to reach a gold certification. Miller also starred in the successful movie, I Got the Hook Up, with A.J. Johnson. In the 2000's, as No Limit Records popularity was going down, Miller's was also as well. So P. Miller decided it would be best to re-launch No Limit Records as New No Limit Records. On November 28, 2000, he released his ninth studio album, Ghetto Postage; it was less successful, selling 500,000 copies, compared to earlier releases; critics ravaging the album led to diminishing sales. In 2003, Miller starred in the highly successful film Lockdown. Then, in 2004, P. Miller released his eleventh album, Good Side, Bad Side it charted number 1 on the Independent Billboards & managed to sell over 300,000 copies. Then on that same year Miller released his first independent album Living Legend: Certified D-Boy on his new founded label Guttar Music the album only sold 75,000 copies. In 2011 it is known that Miller is working on a new soundtrack with his managing artist Gucci Mane that the two are producing & starring in entitled Get Money which will be produced by Drumma Boy. Description above from the Wikipedia article Master P,  licensed under CC-BY-SA, full list of contributors on Wikipedia.