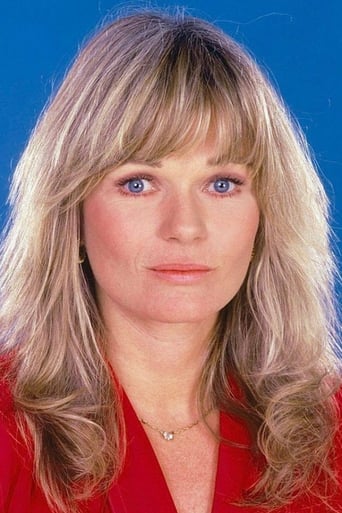 After making her debut in the Kurt Vonnegut classic Slaughterhouse Five, she has played with some of the most respected actors of our time; Gene Hackman in Superman, Jack Nicholson and Harvey Keitel in The Border, Robert Mitchum in Agency, Jackie Gleason in Mr. Billion, Dennis Hopper and Wesley Snipes in Boiling Point, Robert Redford and Jane Fonda in The Electric Horseman, etc. There have also been numerous MOW's, pilots, and guest appearances on Nash Bridges, The Practice, Homicide, and ER.Valerie's acting has generated numerous awards and nominations. For her dramatic role in Lenny opposite Dustin Hoffman, directed by Bob Fosse, she received the Best Actress Award at the Cannes Film Festival, the New York Film Critics Award, the British Academy Award, the New York Board of Review, the National Association of Theaters Award, the United Motion Picture Association award, the Hollywood Women’s Press Club Newcomer of the Year nomination and a nomination for an Oscar as "Best Actress" at the American Academy Awards. An ACE Award nomination for a Miss Piggy-type bimbo in Shelly Duvals' Faeire Tale Theatre proved her talent as a comedienne.Even with all these accomplishments, many remember Valerie for her numerous photos in Playboy.Valerie has lived all over the world: four years in Japan, two years in Paris, four years in London, and two years in Rome, where she appeared in Italian films and TV. From Italy Valerie moved to NY. With this move came the return of her desire to work on stage, in front of a live audience... something she hadn't done since her late teens as a dancer in Las Vegas .Her activities included collecting Dogs (she once shared her home with 4 Great Danes and a Mastiff )  Currently she has a Labrador Retriever... MoJo. .  She enjoys needlepoint, sewing, reading, painting, gardening, and her latest love... her computer which she is using to write her first novel. Valerie also loves traveling... enabling her to study foreign cultures and languages.