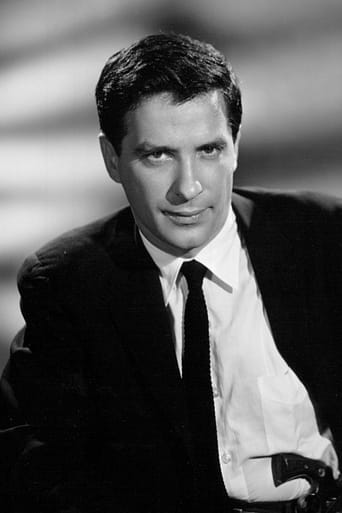 John Nicholas Cassavetes was a Greek-American actor, film director, and screenwriter. Cassavetes was a pioneer of American independent film, writing and directing over a dozen movies, which he partially self-financed, and pioneered the use of improvisation and a realistic cinéma vérité style. He also acted in many Hollywood films, notably Rosemary's Baby (1968) and The Dirty Dozen (1967). He studied acting with Don Richardson, using an acting technique based on muscle memory. By 1956, Cassavetes had begun teaching an alternative to method acting in his own workshop in New York City. An improvisation exercise in his workshop inspired the idea for his writing and directorial debut, Shadows. Cassavetes raised the funds for the production from friends and family, as well as listeners to Jean Shepherd's late-night radio talk-show Night People. His stated purpose was to make a film about little people, different from Hollywood studio productions. Cassavetes was unable to gain American distribution of Shadows, but it won the Critics Award at the Venice Film Festival. European distributors later released the movie in the US as an import. With payment for his work on television, as well as a handful of film acting jobs, he was able to relocate to California and to make his subsequent films independent of any studio, as Shadows had been. Faces (1968) was the second film to be both directed and independently financed by Cassavetes. The film starring his wife Gena Rowlands, whom he had married during his struggling actor days, depicts the slow disintegration of a marriage. Faces was nominated for three Academy Awards. Around this time, Cassavetes formed "Faces International" as a distribution company to handle his films. In 1970, Cassavetes directed and acted in Husbands, with Peter Falk and Ben Gazzara. They played a trio of married men on a spree in New York and London after the funeral of one of their best friends. Cassavetes stated this was a personal film for him; his older brother died at the age of 30. Minnie and Moskowitz (1971), about two unlikely lovers, featured Rowlands with Seymour Cassel. A Woman Under the Influence (1974) stars Rowlands as an increasingly troubled housewife. Rowlands received an Academy Award nomination, while Cassavetes was nominated for Best Director. In The Killing of a Chinese Bookie (1976), Ben Gazzara plays a small-time strip-club owner with a gambling habit, pressured by mobsters to commit a murder to pay off his debt. Opening Night (1977) Rowlands portrays an aging film star working in the theater and suffering a personal crisis. Cassavetes directed the film Gloria (1980), featuring Rowlands as a Mob moll who tries to protect an orphan boy. Rowlands earned another Best Actress nomination for it. After receiving the prognosis from his doctor that he had six months to live, Cassavetes made Love Streams (1984), which featured him as an aging playboy. It won the Golden Bear at the 34th Berlinale. Cassavetes died on February 3, 1989, at the age of 59. By then, he had amassed a collection of more than forty unproduced screenplays, as well as a novel, Husbands. The New Yorker wrote that Cassavetes "may be the most influential American director of the last half century". Description from the Wikipedia article John Cassavetes, licensed under CC-BY-SA.