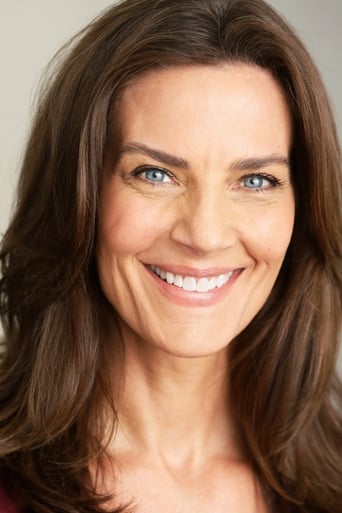 From Wikipedia, the free encyclopedia Theresa Lee "Terry" Farrell (born November 19, 1963, height 5' 11¾" (1,82 m)) is an American former actress and fashion model. She is perhaps best known for her performances in the television series Star Trek: Deep Space Nine as Jadzia Dax and Becker as Regina Kostas. Farrell is the daughter of Kay Carol Christine (Bendickson) and Edwin Francis Farrell, Jr. Later, her mother married David W. Grussendorf, who adopted Terry and her sister, Christine. In 1978, she left her hometown for a summer in Mexico City as a foreign exchange student. She has since been fond of big cities, so in her junior year of high school, the nearly six feet tall Farrell submitted her image to the Elite modeling agency in New York City. Shortly after, at the age of 16, she was summoned to New York City and, within two days of arriving, had an exclusive contract with Mademoiselle. After 18 months of modeling, she studied acting with Kate McGregor Stewart while still modeling on the side. Her first major roles were in the short-lived 1983 television series Paper Dolls playing a model and in the feature film Back to School with Rodney Dangerfield. In the spring of 1989, she began studying acting with Stella Adler and appeared in a number of guest-starring roles in series like Quantum Leap and The Cosby Show. In 1992, she played Cat in a second pilot for a U.S. version of Red Dwarf, which was not picked up. Soon after the Red Dwarf USA project folded, she was offered a lead role in Star Trek: Deep Space Nine. Farrell starred as Jadzia Dax, the space station's Starfleet science officer; a character from an alien species known as the Trill, who is host to a 300-year-old symbiont and can draw upon the memories and knowledge of the symbiont's seven previous hosts. The series debuted in January 1993. When she decided to leave the show at the end of the sixth season, Paramount killed Farrell's "host" character (though continuing the "symbiont" character in a new Dax host, played by Nicole DeBoer). Farrell then co-starred on Paramount's television comedy series Becker. She played Regina "Reggie" Kostas, foil and love interest to Ted Danson's John Becker, for four years and 94 episodes, before she was replaced by Nancy Travis. Farrell also provided the voice of Six of One in the animated short film Tripping the Rift, which eventually became a Sci-Fi Channel TV series with other actors providing the voice of Six. First released independently on the Internet, Tripping the Rift originally featured Patricia Beckmann as the voice of Six and was replaced by Farrell's voice for an episode of the Sci-Fi Channel's short film series Exposure, in which Farrell was guest host. Farrell's version of Six was heard only once on television.The asteroid 26734 Terryfarrell, discovered in 2001, was named in her honor by its discoverer, William Kwong Yu Yeung.Farrell lives in Hershey, Pennsylvania, with her husband, former Sprint Corporation spokesman Brian Baker (a.k.a. the Sprint Guy) and their son. She enjoys sewing and quilting.arrell has appeared with her husband at the Hershey Area Playhouse in Hershey, Pennsylvania in a production of A. R. Gurney's Love Letters.